Type what you are searching for:

Top Causes of Motorsport Trackside Fires – And How to Avoid Them 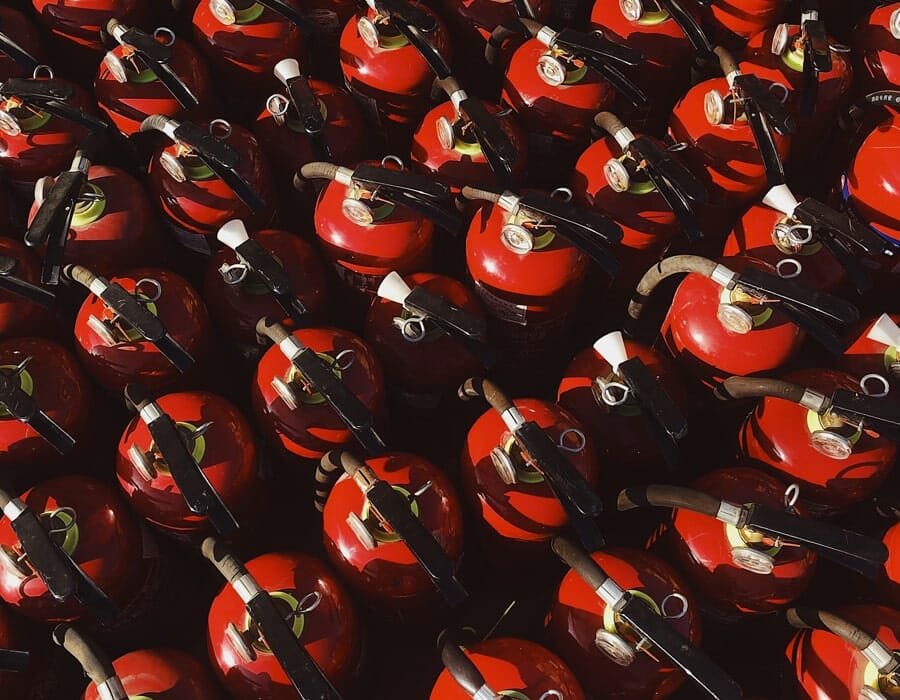 in Motorsport, News
by Stu

As manufacturers of one of the UK’s best-known motorsport fire suppression system brands, we know a thing or two about the top causes of motorsport fires – and how to avoid blazes.

Thankfully, the sport is now safer than ever. In the 1960s, fires in racing cars were common. F1 cars didn’t carry fire extinguishers, since these were deemed to add unnecessary weight, while fuel tanks were made from flimsy aluminium panels. Drivers’ protective overalls were not compulsory, and, incredibly, you could race in shorts if you wanted to!

Even moderate accidents could lead to deadly flames.

Since then, the sector has come a long way, from the introduction of trackside marshals to fire-resistant clothing and vastly better equipment.

But the threat of fires remains constant across motorsport to this day, thanks to the potentially lethal combination of hot car parts, explosive fuel and sky-high speeds.

The Top Causes of Motorsport Fires

In truth, fires can occur trackside at motorsport events for any number of different reasons. Some of these causes are preventable, others less so. And while fire risk is less than it was, there are fewer but more elaborate reasons for blazes to take hold.

Based on our experience in the industry, here are some of the causes we believe are among the most common:

Clearly the impact of a crash at high speed can be severe. In any accident, this is the most common and obvious cause of fire. Fuel cell safety has advanced to meet the standards of the aerospace industry, making them almost impossible to puncture on impact. But crashes and fires still happen.

How to avoid motorsport fires caused by impact

Clearly, drivers need to get out quickly afterwards. Complying with fuel cell safety and good marshalling trackside make a difference. In 1989, a driver’s Ferrari caught fire at 190mph after a crash. Luckily, they survived thanks to fast-acting marshals, and although he was burnt, his injuries were less severe as a result.

One way of avoiding problems is via a good-quality safety fuel cell, designed to stop fuel from spilling in the event of an accident. There are three FIA standards, and having one these days has pretty much become like wearing a seatbelt.

Trackside marshals are the first point of help in any emergency. They need to be well equipped, trained and coordinated. While they can’t actually prevent 100% of all fires, they certainly play a key role – and if anything goes wrong with their efforts, there is potential for the dangers to be heightened. Quick thinking on the part of trackside staff reduces injury severity and potentially saves loss of life.

How to avoid this cause of motorsport fire

Motorsport UK already goes a long way to minimising dangers by stating that any UK event it sanctions should have a licensed crew and on-site vehicle, providing medical and rescue services. The team works with doctors and paramedics, and carries kit including fire safety equipment.

When you have a grid full of racing cars running at high temperatures, full of fuel, things can go wrong. Standing starts, stalling and one car hitting a stalled vehicle at speed at the very point housing the fuel tank – these can all happen.

Equally, pit lane temperatures can be high, so flash fires are not unheard of.

One of the major hazards is during refuelling. At the 1994 German Grand Prix, when a fuel hose sprayed mechanics and the car after a refuelling rig failed to connect properly, a dramatic inferno resulted. The driver and his mechanics were miraculously unharmed. (There was a similar incident in Brazil in 2009.)

Formula 1’s 2010 ban on trackside refuelling is an important step towards increasing safety and preventing fires.

At the same time, having state-of-the-art trackside fire extinguishers and other fire safety equipment that’s been serviced, checked, up to date and fully functioning, is of course hugely important, as is having trained staff on hand who know how to use it and are ready to spring into action at any moment.

New tech is being phased in across motorsport, such as fully digital traffic lights to replace the ‘lollipop men’ who are members of the pit crew. If this tech goes wrong, mechanics can get hurt or collisions can happen. It can also be worrying if, perhaps, too much new technology is introduced at once.

How to avoid motorsport fires caused by technology

Good training, thorough equipment maintenance and having the right fire-safety solutions in place are all important to avoiding potential problems caused by new technology.

The Regulations In Place to Enhance Fire Safety Across Motorsport

MSUK has a number of guidelines and rules in place to enhance fire safety. And, as we’ve written previously, is updating these regulations so that they are the same as current Fédération Internationale de l’Automobile (FIA) standards requiring all competition cars to be fitted with an FIA homologated fire suppression system by January 2022. (This rule has applied to new-build vehicles since the start of 2019.)

Looking For The Best in Race Car Fire Safety Products?

At FEV, established more than three decades ago, we supply a broad range of FIA-approved fire suppression systems and handheld motorsport fire extinguishers for all levels of the sport from club and personal racing to circuit and rally, all manufactured specifically for the motorsport sector. Our range includes plumbed-in fire suppression systems plus handheld models available in foam, 3MTM NovecTM 1230 gas and MONNEX BC powder.

It’s true that motorsport will always carry risks, and of course, you can never eliminate the dangers completely. But having the best fire-safety equipment in place goes a long way to making the potential hazards as small as possible.

Talk to us today and ensure the right fire safety systems are in place for your team.