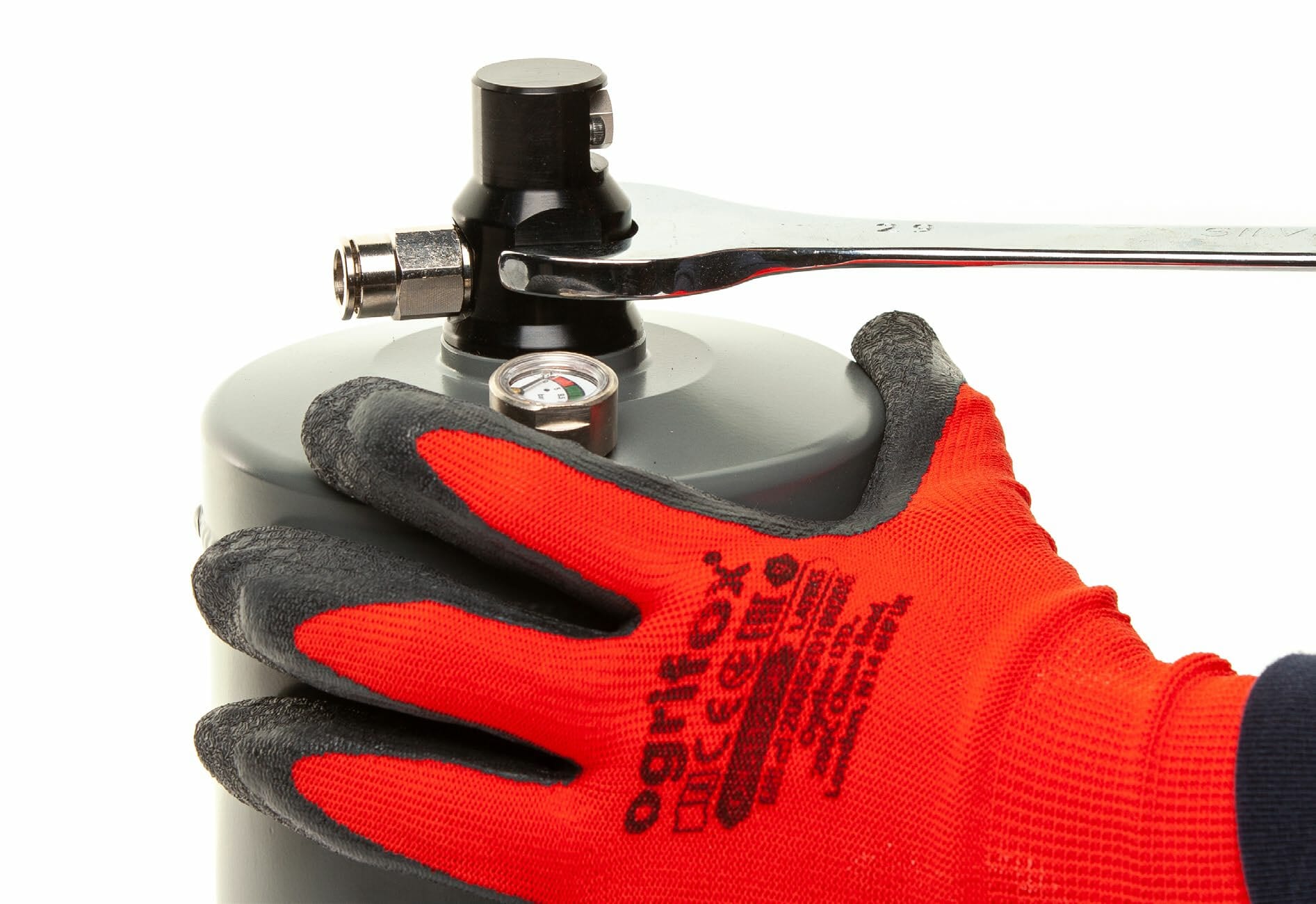 in Formula 1
by Stu

People often ask us what happened to Halon gas fire extinguishers – so frequently, in fact, that we thought the subject merited its own blog.

It’s perhaps surprising in many ways that we’re still asked about this, since the use of Halon gas has been banned for more than 20 years now. Yet people still want to know what happened to these types of extinguishers, if we still sell them, whether you can still use them and if not why not. Plus, many are keen to understand why Halon was banned in the first place.

These are all valid questions, and we love that so many people seek our advice. It’s also intriguing to see just how popular this gas used to be. We hope this blog answers your questions.

What is Halon gas and why is it banned?

Halon gas is a chemical compound that was popular for use in fire suppression systems. Crucially, it can put out a blaze quickly without damaging anything in a room, as it does not leave a residue. The gas is also non-conductive and non-volatile.

Halon gas-based fire extinguishers were popular in places like museums, computer labs and libraries, or on-board boats and planes, where expensive electrical equipment needed protecting. In these settings, halon extinguishers were typically in the form of overhead fire suppression systems.

Because halon gas doesn’t leave a residue behind, it was a popular choice in motorsport where it is, of course, crucial protect engines. Indeed, it was the primary type of gas used in gas-based motorsport fire extinguishers, as well as being the gold standard for protecting computers and other technology from fires and residue damage.

The end of the Halon era

But, in the late 1980s, people started to realise that halon gas depletes and damages the ozone layer, and so is extremely harmful for the environment.

There is also some danger to human health, especially from older units, since early halon gas products worked by cutting off the oxygen supply. While the two currently used types of this gas are far safer, they can still create toxic by-products, and you should evacuate a room or car as quickly as possible once a system has been activated.

Is it banned in the US too?

In the US, the new production of halon gas and anything containing it was banned in 1994, although halon gas itself isn’t banned, meaning you can still find it in recycled formats. According to America’s Environmental Protection Agency (EPA), current supplies should last until around 2030, while the EPA now has strict guidance on how to recycle these products.

However, in the UK and across the EU, there is a complete ban. In the EU this took effect in 2000; in the UK it became effective some three years later.

Because it was still used in the UK and EU for some time after it stopped being produced in the US, it’s not unheard of for someone to have a halon-based extinguisher kicking around in their race car or other vehicle, since halon gas wasn’t exclusively used in motorsport extinguishers – any car gas extinguisher from the past could have been halon-based at one time or another.

Are there any exceptions to the ban?

There are indeed a few exceptions to the general ban on halon gas in the UK. You can still use it in aircraft, the armed forces and the police can still utilise it and it is still in use in the Channel Tunnel.

What has halon gas been replaced with?

Halon gas has most commonly been replaced with NOVEC 1230 gas, another highly effective fire-suppressing agent. Similarly to halon gas, it won’t leave residue on your car’s engine or other components.

Can I still use an old halon fire extinguisher in a car?

In short, absolutely not. If you have an old car still kitted out with a halon extinguisher, and are wondering whether you can still use it, don’t even think about it. The use of halon gas fire extinguishers is now completely banned and therefore illegal in the UK, including, of course, in motorsport. All competition cars must instead be fitted with an FIA-approved fire extinguisher which has been serviced within the last couple of years. This means that no halon-based extinguisher will meet these requirements.

At FEV, we offer the very latest in innovative motorsport fire extinguishers, with both gas and foam-based plumbed-in and handheld models. We’ve also put together a number of great-value packages for rallying, and have a number of specialist gas-based systems homologated to FIA Technical List 52 to suit higher levels of race class. What’s more, our friendly, professional team is always here with help and happy to offer well-informed advice. Get in touch today to learn more.